The first contracts to industry for experiment components were placed in 1996. After the main installation was completed in 2014, the commissioning started. The first plasma was produced end of 2015.

The whole device is composed of five almost identical modules, each pre-assembled and then combined to a circle in the experimentation hall. Each module is composed of a section of the plasma vessel, its thermal insulation, ten of the superconducting stellarator coils and four planar coils together with the interlinking connections, the piping for the cooling of the coils, and also a section of the support ring, making per module a total weight of about 120 tons.

In May 2014 all five modules were installed and mounted on the machine’s foundation in the experimentation hall. The seams of the support ring, plasma vessel and outer vessel were sealed. All of the ports linking the apertures in the plasma vessel through the cold coil area with the outer vessel – per module about 45 of them – were incorporated. The magnets were connected with the power and helium supplies.

At the beginning of May 2014 the shell of the device was closed and the first pumps started up. Commissioning of Wendelstein 7-X started. This involved testing all technical systems – the vacua in the cryostat and the plasma vessel, the cooling system, the superconducting coils and the magnetic field produced by them. In parallel, the systems for heating the plasma were being installed. Then came the supply facilities for electric energy and cooling, the machine control and, lastly, the first measuring instruments for diagnosing the behaviour of the plasma.

The first helium plasma was produced in Wendelstein 7-X on 10 December 2015. 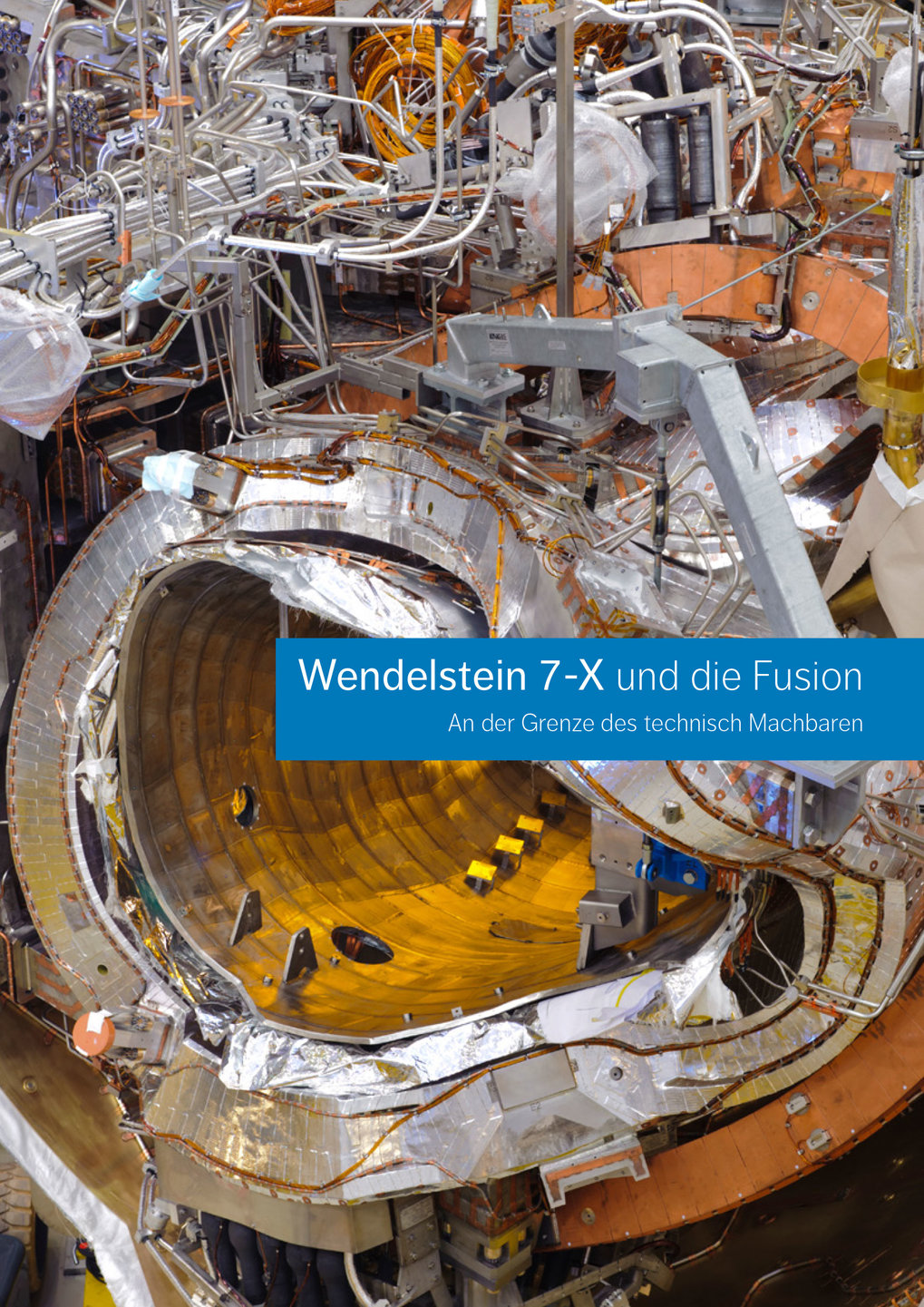